Yes, You Can Still Be Fired For Using Cannabis: Making Sense of Employment Discrimination Post-Legalization In Illinois 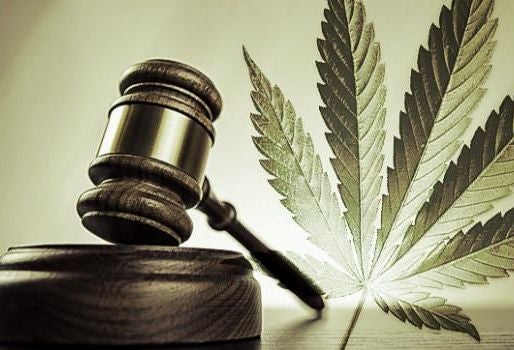 Cannabis and the Law

Like most well-intentioned laws, the sweeping legislation known as the Illinois Cannabis Regulation and Tax Act (CRTA), passed in December 2019, included wide-ranging implications for employees and employers throughout the State. For one, the law effectively made it completely legal to consumer or possess cannabis for personal recreational use. But this left open the question of whether a person could be fired for testing positive for cannabis or cannabinoid compounds. Obviously, employers want to make sure they have a right to prohibit people from operating heavy equipment or showing up to work high. But how does an employer do that?

After all, unlike alcohol, THC remains in your system for days or even weeks. A person could test positive for THC weeks after use and at a time when there is no residual impact on functioning at all. Thus, it presents the challenge of balancing the need to allow employers to ensure a safe work environment and the right of the people to use a lawful substance that has many known benefits, including medicinal uses. Cannabis lawyers across the state remain divided on how to best advise clients on this issue. But it does appear, at least for the time being, that the Illinois General Assembly agrees people can be terminated for lawful use of cannabis. Here's what you should know.

There is now some conflict between two laws in Illinois. First, Gov. J.B. Pritzker signed into law the amendments contained in Public Act 101-0593, which allows an employer to revoke an offer of employment if it is discovered the applicant used cannabis prior to starting the job.

Compare this with newly passed amendments to CRTA, which made no changes to the existing language from the Right to Privacy in the Workplace Act. Under that law, employers in some situations are restricted from discriminating against employees based on the use of lawful products. The term “lawful products,” carries some implications, but even the law acknowledges that where legal substances are consumed off the employer's premises and not during work hours, discrimination is prohibited.

How the Conflict of Laws Creates Tension for Employers and Employees

As one can imagine, this all presents a big problem. After all, THC can show up in tests weeks after use and long after any possible effects would have worn off. This distinguishes cannabis from alcohol and many other substances that can only be detected during active intoxication. So, how should employers handle the situation. If they allow employees to test positive for THC, they could face serious liability if someone is hurt on the job. Imagine someone operating power tools or heavy machinery while intoxicated. But if the employer terminates the employee or passes up an applicant based on past use, then a discrimination claim may be made.

Key Provisions of CRTA Attempted to Address the Problem

Under the CRTA legislation, the law is clear about what it does not do:

However, the law also goes on to say that an employer can consider an employee impaired if they have a “good faith belief” that the employee is showing signs of “articulable symptoms while working” and which limit or diminish that employee's work performance. The law provides specific examples, such as effects on:

The law also provides that if an employer decides to terminate or discipline an employee based on one of the good faith factors above, then the employer must provide a mechanism for the employee to contest that decision and make a reasonable dispute regarding the facts.

Illinois' legalization law is still very new, so there have not been many legal challenges in the courts yet.  Other state statutes, however, have been challenged through litigation. For instance, in Whitmire v. Wal-Mart Stores Inc., 359 F. Supp. 3d 761, 791 (D. Ariz. 2019), the federal court reviewing a discrimination suit based on Arizona law held that without evidence that the employee actually “used, possessed or was impaired by marijuana at work on [a date], it is clear that Defendant discriminated against Plaintiff in violation of [the state's Medical Marijuana Act] by suspending and then terminating Plaintiff solely based on her positive drug screen.”

What this Means for Employers and Employees in Illinois

This decision, though not legally binding on any Illinois court, does give some hope to cannabis advocates and those supporting the move to decriminalize cannabis in all its forms. It seems that employers may wish to have clearer policies that directly address the company's no tolerance rules and how those will be enforced. Likewise, for employees who are disciplined and/or terminated for cannabis use, there is a strong chance that they could make successful claims for discrimination in the future. Of course, this analysis does not even touch upon the potential concerns relating to medicinal cannabis use and how discrimination may actually constitute a violation of the Americans with Disabilities Act or other laws designed to protect the rights of those with healthcare needs.

For those facing workplace discrimination based on cannabis use, it's always a good idea to consult with someone who understands employment law and cannabis regulation. Skilled cannabis lawyers are available throughout the state, and we will continue working to stay abreast to changes in legislation.

About the Author: Jaye R. Lindsay is an experienced trial lawyer in Southern Illinois, serving the region from the firm's offices located in O'Fallon, IL and Mount Vernon, IL. He owns Crossroad Legal, a veteran-owned and operated law firm, focusing on criminal defense and personal injury. He and his firm are ardent supporters of fundamental liberties and strong advocates of cannabis legalization and criminal justice reform. Jaye can be reached at (618) 515-5555 or by visiting the firm at www.Crossroadlegal.com.