A man was arrested and charged with a Class 3 felony for burglary. The state alleged that he stole a vape pen from a vehicle parked in front of a retail shop. At trial, the state produced a video purporting to show the defendant in the act, and the defendant had a lengthy criminal record, much of which the judge allowed the jury to hear. After a 3-day trial, the jury found the defendant not guilty. The state's best plea offer prior to trial was 8 years prison. 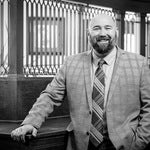