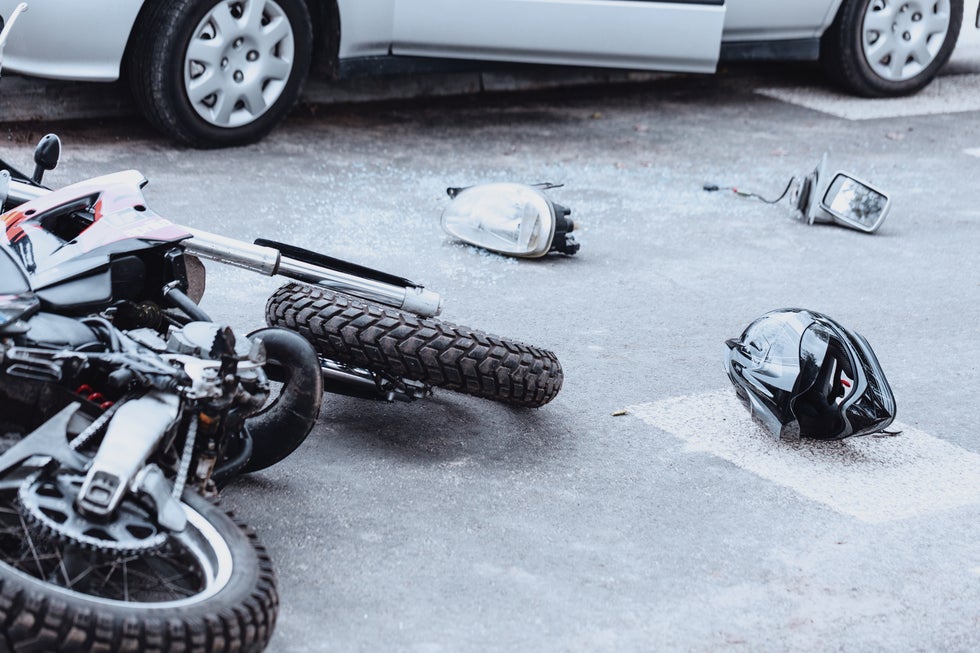 Many Illinoisans are avid motorcycle riders, and it is getting to be that season again. You may see more motorcycles on the road, and we happen to think that it's pretty cool. But with more bikes on the road, there are a lot more opportunities to get injured. In fact, in 2021 things will be twice as bad likely. We suspect that there will be a significant increase over past years. This is because for the past 14 months, people have been relatively "locked down" due to the COVID-19 pandemic. As people begin hitting the road again after being holed up in their homes all of last year, we anticipate motorcycle crashes to be on the rise. So, from the team at Crossroad Legal, we hope you will consider wearing a helmet each time you ride. But that doesn't mean you have to. Here is what you need to know about helmet laws in Illinois this season.

Helmets are optional for all riders in Illinois. Illinois is one of just a small handful of states where there are no helmet laws at this time. While we love that law, because it allows each person to make the choice, it should be noted that wearing a helmet can greatly reduce the risk of injury. So, that begs the other question: what happens if you are injured in a motorcycle crash while not wearing a helmet? Will you be allowed to recover money from the at-fault driver? Will the insurance company try to reduce your compensation because you went without a helmet? These are valid and serious concerns that every rider needs to consider when deciding whether to wear head protection or not.

Things the Insurance Company May Argue

After a decade of fighting insurance companies, our attorney understands that insurance companies are really there to protect their bottom lines - not the injured rider. If you are hurt in a motorcycle crash, and someone else's insurance company is trying to determine whether to settle your injury claim, you can almost certainly expect the following arguments:

perhaps the most tragic motorcycle crashes are those involving small children. In most parts of the state, though not mandated by traffic safety laws, you can be found guilty of child endangerment if you allow a minor child to ride along without a helmet. It should go without saying that it is foolish to let a small child ride a motorcycle on a public roadway without a helmet, but it happens. For teen riders, the best thing you can do is get them registered for a training course early. ABATE of Illinois has great rider education programs, as does the Motorcycle Safety Foundation.

Perhaps the biggest problem with motorcycle crashes is that people are for some reason more inclined to flee the scene. It's reasonable to think that this is because there is little to no risk of the injured motorcyclist chasing them down. Usually, in a motorcycle crash, the bike is trashed, the rider is unconscious or seriously injured, and it may be on a country road or location where no one saw it happen. In these situations, if it were car vs. car, the at-fault driver would have so much damage they can't hide. Plus, they too may be injured or have their vehicle severely disabled. But when a car or truck hits a Harley? Well, there's a human instinct to run away and avoid liability. It's despicable, but it happens. In these situations, you may never be able to find the person who caused your crash. It's a sad but very real truth. So, it is very important for motorcyclists in Illinois to carry uninsured and underinsured motorist coverage. It's not that expensive to add to your insurance policy, and it could make all the difference.

Uninsured/Underinsured motorist coverage kicks in when someone hits you and flees or when the other driver simply has insufficient insurance coverage to make you whole again. In general, this type of coverage only pays after the other driver's insurance coverage is exhausted or it is proven they had none. But it also covers you if the other driver takes off. A common scenario is the "near miss." This is where someone runs you off the road by crossing into your lane. You get hurt, and they take off. Sadly, if they do not make contact with your bike or you, you might be out of luck. But if you can get a witness, we can sometimes even make those cases stick.

Final Parting Thoughts on Riding in 2021

Keep in mind that people have been locked up in their homes for over a year. Folks are itching to hit the road. People are drinking, driving, and enjoying the nice weather. So, keep an eye out for bikes, wear a helmet and proper riding gear, and whatever you do, make sure you have good insurance coverage. But if something happens and you find yourself seriously hurt in a motorcycle crash, give our team a call 24/7. We have people standing by to take your call day or night, and we never charge anything to just meet with you and discuss your situation. We only get paid for representing you if we are able to recover monetary compensation for you. So, there really is no obligation and no risk to call. Our attorney is a longtime rider himself, and we understand the unique challenges of riding on Illinois roadways. Contact us at (618) 515-5555 or just hit us up online anytime.