Tort reform, as it is often called, has been going on since about the early to mid 1970's. The idea came about, not due to some large verdict or unfair outcome of a jury trial, but rather, tort reform was the brainchild of big insurance companies seeking to avoid having to pay out awards in court. Insurance companies get rich by raising premiums every chance they get, then denying even the most obvious claims. At CROSSROAD LEGAL, we think this business model is about as anti-American as it gets. Now, in the wake of a health pandemic, states are moving to expand liability protections to healthcare providers. In some cases, the protections go so far as to create a complete tort immunity...meaning health providers could be completely shielded from liability, even if the care has nothing to do with COVID-19.

Currently, Congress is engaged in heated debates over whether to pass sweeping reforms that would complete exempt healthcare providers from tort liability during the pandemic. This means that when you go to the hospital for a gallbladder surgery, and the physician botches the procedure by negligently failing to use the proper protocols, or nurses give you a deadly infection by not properly sanitizing their hands between patients, you may be left holding the bill for all of the treatment. Worse yet, if a loved one dies from this negligence, the family may be left with no compensation for their loss.

Arguments in Favor of Tort Immunity

The arguments are as old as America. Supporters of tort reform claim that there are all these frivolous lawsuits killing America and raising the cost of insurance. They claim that doctors are fleeing states without tort reform, and malpractice insurance is making it impossible for health providers to earn a decent living. Finally, insurance carriers claim that they can hardly get by when plaintiff's lawyers are suing all the time. Of course, as the West Virginia Association for Justice points out, in 2013, the insurance industry reported net profits at over $63.8 billion. Insurance companies are not hurting a bit. Further, a look at average healthcare provider salaries state-by-state doesn't bear out the claim either.

Consider a state-by-state comparison of nurses' salaries. Take Illinois for example, which has no damage caps on negligence claims and which is by most accounts considered a fairly liberal state for civil litigation. In this state, the average salary for all nurses is $73,510 per year. Meanwhile, in conservative Kansas, which has strict damage caps and plenty of strong tort immunity rules, nurses average just $61,330. Granted, there are many differences between the two states, including the overall economy. But it doesn't seem that nurses are struggling to feed themselves due to lawsuits.

At CROSSROAD LEGAL, we pride ourselves on focusing first on the Constitutional Rights of Americans, before even considering political or economical reasons behind laws. We always look to what our founding document says on the subject. When we do this, we see that any law which removes a person's right to bring a lawsuit in court or in any way hinders a person from getting their day in court is necessarily a violation of the Seventh Amendment. The Seventh Amendment guarantees the right of Americans to bring a civil lawsuit for monetary damages any time there is a financial amount to be sought.

We have a civil justice system for one reason - to ensure peaceful resolution of differences. Otherwise, we revert to the Hatfields and McCoys of old, with families engaging in drawn-out feuds that turn bloody. Instead, America favors a jury system, where our community of peers decide what is right and wrong, not elected politicians in D.C.

If you have a serious claim for injuries or a violation of your basic liberties, contact CROSSROAD LEGAL today, and schedule a free consultation with an attorney.

Jaye R. Lindsay is a distinguished attorney with over ten years in the courtroom. He began his career with a large medical malpractice law firm in downtown Chicago, where he spent several years representing nursing home residents and others who suffered serious or fatal injuries due to negligent care. His career took him into contested probate and guardianship litigation, as well as high-stakes personal injury litigation. Throughout his career, Jaye has worked for large firms and handled enormous caseloads. When he decided to start Crossroad Legal, his vision was a family practice that would be large enough to make a difference but small enough to remain focused on individual client experiences. Jaye focuses primarily on nursing home abuse, auto accidents, civil litigation, and criminal defense. He also accepts a limited number of divorce and custody cases each year. As the firm has grown, Jaye continues to remain actively engaged in daily litigation on behalf of the firm's clients. 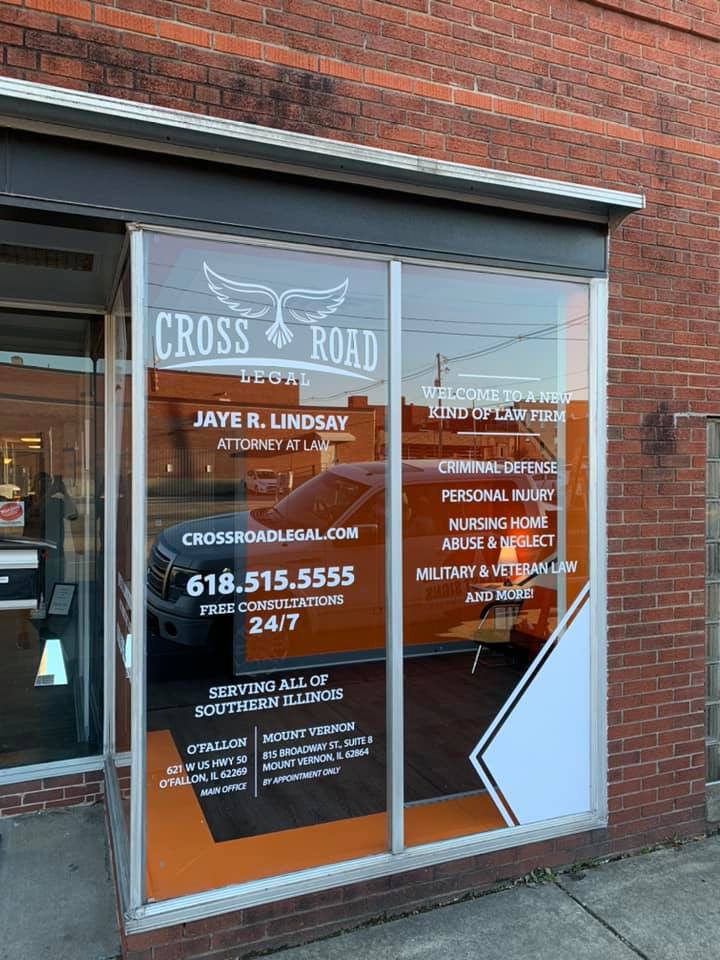