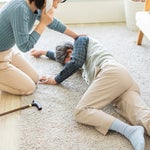 Consider these 5 ways that nursing homes injured residents in Illinois.

SUPPORTING BLACK-OWNED BUSINESSES IN YOUR COMMUNITY

Black-owned businesses need your support now more than ever.

Should I Take a Probation Deal?

According to 2019 crime statistics from the U.S. Department of Justice, every year, over 10 million people are arrested by police throughout America. This amounts to roughly 3 percent of the entire U.S. population. It is important to point out that simply being arrested does not make someone ... 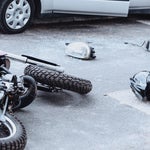 Motorcycle injuries are often deadly. It is very important to speak with an experienced biker lawyer near you. 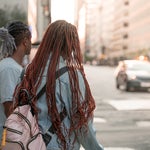 Black Americans are far more likely to be killed in a motor vehicle accident or pedestrian crash than white Americans, new reporting by NBC suggests. With more African Americans living in and relocating to urban areas and relying on public transportation, black Americans are at a far greater risk of being fatally injured by a car accident. Racial bias plays a strong role as well.

How to Get Justice for Nursing Home Injuries 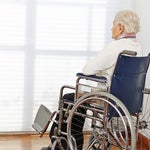 In a special report released in 2017, a truly shocking trend was exposed - a history of roommates abusing other nursing home residents. The report demonstrates that abuse by fellow nursing home residents has increased by over 50% in just the past few years. While people are generally used to hear...

There are no helmet laws in Illinois, but wearing a helmet is a really good idea. Your chance of surviving a crash is greatly increased when you have the right gear. Insurance companies will try to reduce your compensation if you are not wearing a helmet, but our office fights hard to preserve your rights, even if you choose not to wear a helmet.

What to do if a Careless Driver Lies About Having Insurance 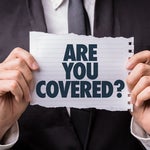 Is a negligent driver insured or just lying about coverage? Find out more about how to figure out their insurance coverage and get paid for injuries.

Yes, You Can Still Be Fired For Using Cannabis: Making Sense of Employment Discrimination Post-Legalization In Illinois 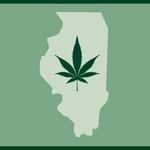 Like most well-intentioned laws, the sweeping legislation known as the Illinois Cannabis Regulation and Tax Act (CRTA), passed in December 2019, included wide-ranging implications for employees and employers throughout the State. For one, the law effectively made it completely legal to consumer or possess cannabis for personal recreational use. But this left open the question of whether a person could be fired for testing positive for cannabis or cannabinoid compounds. Obviously, employers want to make sure they have a right to prohibit people from operating heavy equipment or showing up to work high. But how does an employer do that?

Research shows lack of transparency is a top concern for law firm clients. 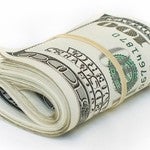 According to market research by Legal Futures, a lack of fee transparency is among the top issues driving clients to hate their lawyers. Way back in 2013, Legal Futures published an eye-opening article that is worth revisiting. In the article, the British legal marketing research firm explained t...

How Much is My Auto Accident Worth? 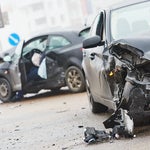 It is hard to tell someone what an injury is worth, but in general, you can seek compensation for lost wages, loss of enjoyment of life, pain and suffering, and medical expenses. There are other damages available in limited situations. The key is understanding your rights and making sure you have the very best lawyer possible on your side. Crossroad Legal takes every case seriously.

Ask most people, and they'd say the purpose of a prosecutor is to “punish” or “prosecute” criminals who break the law. But what if I told you that a significant population of prosecutors across the country do not see their role that way. In fact, many prosecutors become numb and desensitized to t...

Tort reform, as it is often called, has been going on since about the early to mid 1970's. The idea came about, not due to some large verdict or unfair outcome of a jury trial, but rather, tort reform was the brainchild of big insurance companies seeking to avoid having to pay out awards in court...

When someone dies due to another person's negligence, there are several ways the surviving loved ones can get paid compensation for their losses. These come in the form of a wrongful death claim, a survival claim, and various types of death benefits. The most common two are survival and wrongful ...

Suspension of Jury Trials in the Age of COVID-19

Since March of 2020, courts around the country have essentially shut down. In some parts of the country, the most fundamental liberties are being tossed aside in an effort to protect the public from the dangers of the Coronavirus pandemic. But what does this actually mean for everyday Americans h...

It seems like just yesterday, that young Drew Faustin (9) of Mount Vernon was struck and killed by a car while walking home from a park in Mount Vernon. A GoFundMe campaign was set up, which notably has raised over $13,000 (well above the $10,000 goal). No amount of money can bring back a child, ...

5 Mistakes to Avoid if Arrested for Drugs in southern Illinois

If you get arrested in southern Illinois, and you are charged with drug crimes, you are looking at serious prison time. There's no way around it, despite the fact that northern parts of the state have latched on to bail reform and may not be aggressively prosecuting drugs the way they used to, th...