Most people will go their whole life without ever getting into a physical altercation. Sadly, fights and physical conflicts do happen. Often alcohol or illegal drugs are involved. But so-called "violent crimes" are often very misunderstood. In fact, did you know you can be convicted of assault without ever making physical contact with your victim. It's true. And did you know that penalties for physically attacking someone can range from a simple Class A misdemeanor up to a Class X felony, simply based on your record, who you hurt, the extent of injuries, and whether a weapon was used. Prosecutors frequently get it wrong and either over or under charge people for violent crimes. This is precisely why having a skilled southern Illinois criminal defense lawyer is so important. 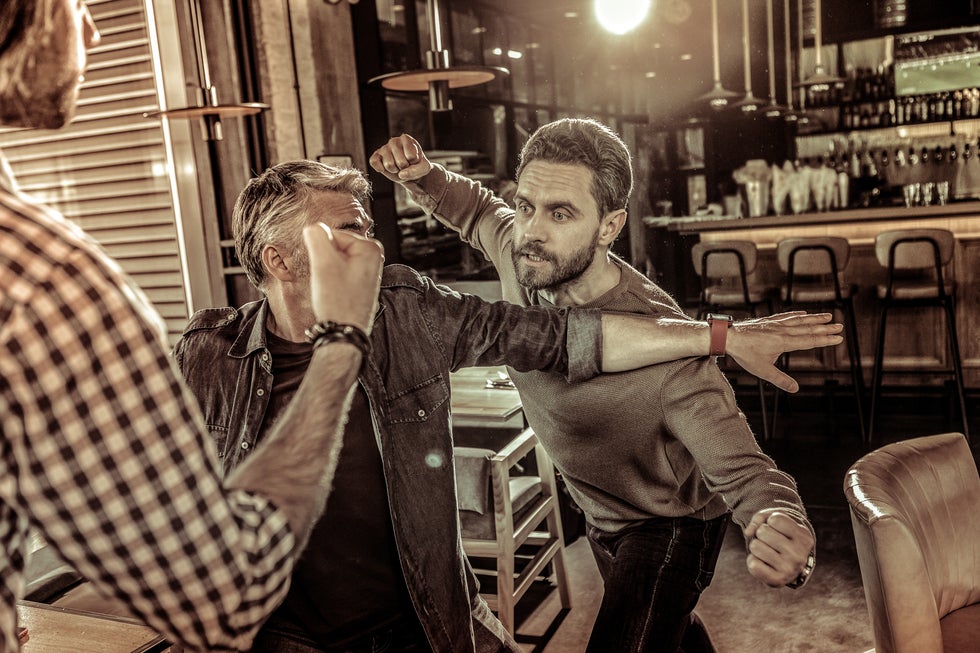 WHAT IS THE DIFFERENCE BETWEEN ASSAULT AND BATTERY?

Under the law, "assault" is defined as knowingly engaging in conduct that places another in reasonable apprehension of receiving a battery. See 720 ILCS 5/12-1

On the other hand, "battery" is defined as knowingly and without legal justification by any means (1) causing bodily harm to an individual or (2) making physical contact of an insulting or provoking nature with an individual.

So, in short, assault is when you place someone in eminent threat of being physically harmed. This can be swinging and missing, throwing someone at someone, or using body language and verbal attacks to make one thing he or she is going to be struck. On the other hand, a battery happens when you actually make physical contact. This can be with your hands, any part of your body, spit, throwing items, or deploying a weapon or vehicle to inflict harm.

LEVELS OF VIOLENT CRIMES AND PENALTIES

Keep in mind that no two crimes or criminal charges are actually identical. Your own criminal record plays a big role in whether the crime will be charged as a misdemeanor or felony and whether a judge will consider you for probation. Likewise, the nature of the victim and crime can play a big role. For instance, aggravated battery is typically a Class 3 felony, which carries between a 2 and 5 year prison term, if sentenced to the Department of Corrections. But if the victim was a senior, teacher, or peace officer, the same crime can be charged as severely as a Class 1 felony, which could carry a prison term of 4 to 15 years in prison. Depending on the harm done and whether a weapon was used, there are even situations where the prosecutor can charge these crimes as Class X felonies, the most severe type of charge you can receive, other than homicide.  Here is a brief breakdown of common violent crimes:

If you have been convicted of a felony in the last 10 years, you could be eligible for extended term sentencing in Illinois. Here's how that works. Say you were convicted of a Class 3 felony for possession of methamphetamine about 7 years ago. You are now arrested and charged with Class 3 aggravated battery. If convicted, instead of facing 2 to 5 years in prison, you could now face anywhere from 2 to 10 years in prison.

HOW TO PROTECT YOUR FUTURE

The best way to protect everything you have worked so hard to build is to contact a skilled southern Illinois criminal defense attorney. At Crossroad Legal, LLC, our attorneys are experienced in all aspects of criminal defense litigation. At Crossroad Legal, LLC, every attorney in our firm has actual successful trial experience in criminal courtrooms throughout the region. Every attorney in our firm is either a former prosecutor or former public defender, meaning we have the type of experience and relationships needed to efficiently and aggressively pursue justice. If you have been unjustly accused of a crime or you are worried about how your charges will impact your life, it's time to call an attorney today. The sooner you speak to an attorney, the sooner you can rest easy knowing you have a trained ally in your fight for justice. Call Crossroad Legal, LLC today or simply request a FREE CONSULTATION to get started.

Please note if you have a loved one in jail, do not discuss the case through “Chirps” or jail video or phone calls. Those calls are recorded and will be used against the defendant. If you speak with your loved one, instruct them NOT TO SPEAK TO THE POLICE UNTIL AN ATTORNEY IS PRESENT!